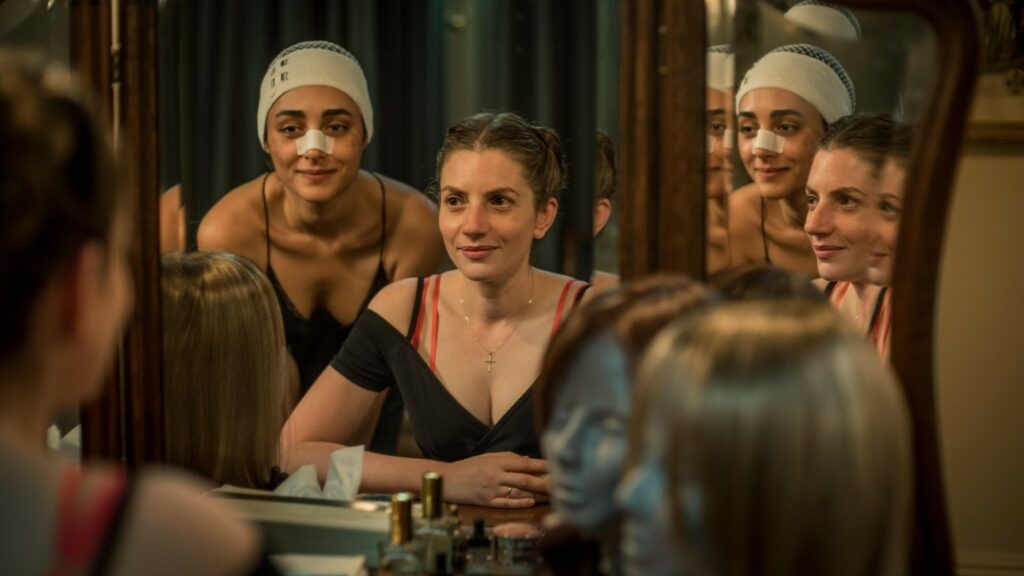 LEMON TREE MEETS JOHN LE CARRE IN A SUBTLE THRILLER SET IN GERMANY involving Mona, a Lebanese woman, and Naomi, an Israeli Mossad agent sent to protect their informant while recovering from plastic surgery for her new identity. Mona and Naomi – together for two weeks in a quiet apartment in Hamburg.
A safe house, a shelter. No one saw what was coming, no one knew that this supposedly quiet fortnight would turn into an abyss and that shelter would need to be found elsewhere. The intimacy of the relationship that develops between the two women is exposed to the threat of terror that is engulfing the world today. In this game of deception, beliefs are questioned and choices are made that are not their own. And yet their fate takes a surprising turn in this suspense-laden, elegant neo-noir.