About the Vancouver Jewish Film Festival

The Vancouver Jewish Film Centre (VJFC) is proud to host the longest-running Jewish Film Festival in Canada, showcasing the diversity of Jewish culture, heritage and identity through film.

Since 1988, with the help of our generous community sponsors, we have presented high quality comedies, dramas, thrillers, hot and timely documentaries and whimsical shorts.

The festival is a community-building initiative intended to connect audiences through film and storytelling. According to Robert Albanese, Executive Director of the Vancouver Jewish Film Festival: “While VJFF remains true to its mission of showcasing the diversity of Jewish culture, heritage and identity through film; our festival is fundamentally about building connections among the various communities in Vancouver and celebrating exceptional filmmaking.”

The Festival is usually held at the Norman and Annette Rothstein Theatre and Cineplex Fifth Avenue Cinemas; online in 2021 and 2022.

We respectfully acknowledge that we live, play, and work on the unceded territories of the xʷməθkʷəy̓əm (Musqueam), sḵwx̱wú7mesh (Squamish) and sel̓íl̓witulh (Tsleil-Waututh) Peoples.

Every year we strive to bring you a most entertaining and intriguing experience! Each year’s Festival features: 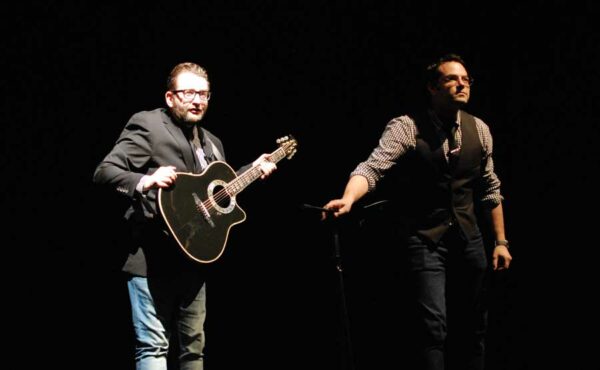 Jamie Elman and Eli Batalion performed in-person to present new episodes of their show, Yidlife Crisis, on the big screen at the 2018 Festival.