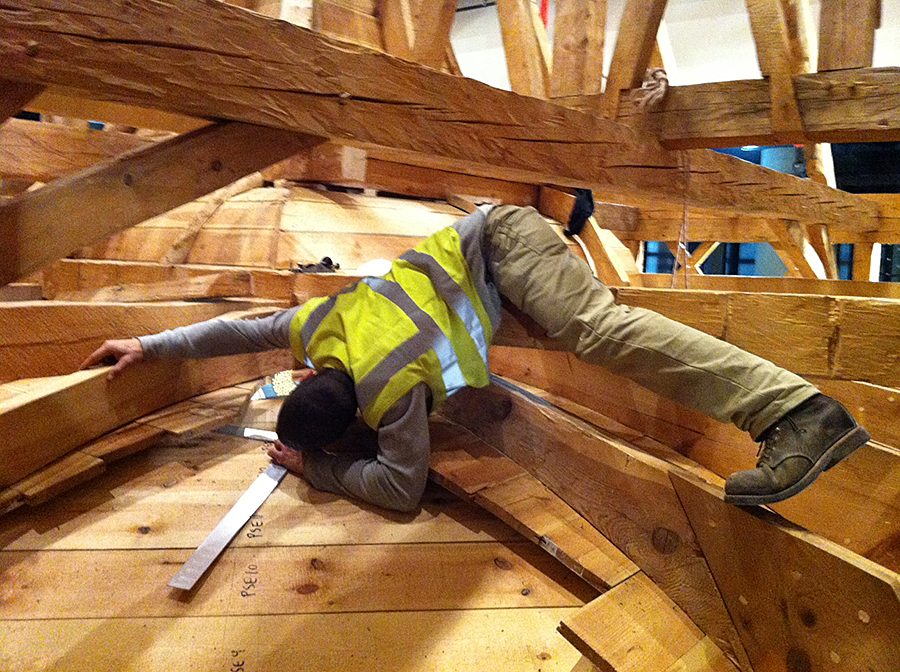 Sponsored by:
the Oberlander Family

Rivalling the greatest wooden architecture in history, the synagogues of 18th-century Poland inspired artists Rick and Laura Brown of Handshouse Studio to embark on a 10-year pursuit—to reconstruct the elaborate roof and painted ceiling of the Gwozdziec synagogue. Leading over 300 students and professionals from 16 countries, the Browns grapple not just with the echoes of World War II when these buildings were destroyed by the Nazis, but also with warped timbers, tricky paints, and period hand tools. By the end of the project, they have done more than reconstruct a lost synagogue: they have recovered a lost world. In 2014, the Gwozdziec roof was unveiled as the centerpiece of the POLIN Museum of the History of Polish Jews in Warsaw.

Film provided by The National Center for Jewish Film
www.jewishfilm.org