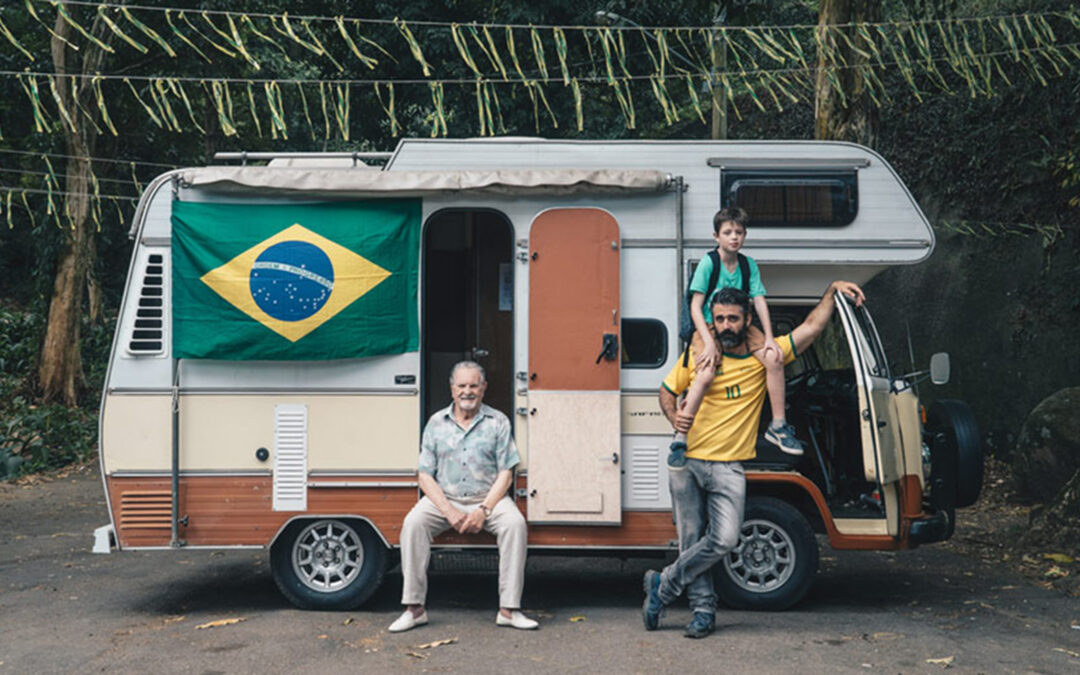 Back to Maracana is a heartfelt and funny intergenerational road trip drama from veteran Israeli-Argentinean filmmaker Jorge Gurvich (Mrs. Moskowitz and the Cats VJFF 2010 ).
Middle-aged divorcee Roberto and his septuagenarian father, both Brazilian expats living in Israel, are soccer fanatics, brimming with anticipatory excitement for the upcoming World Cup in Brazil.
That is, until Roberto’s ex-wife informs him that she’s off on a business trip (to Rio, no less!), saddling him with sole care of their teenage son. She’ll be gone for the entire duration of the tournament. This is a disaster for him, on par with the divorce itself, especially considering the boy’s righteous disdain for all sports. Then, a crazy idea forms…if Samuel’s mother is headed to Rio, why can’t they? What could go wrong?
Don’t miss this quirky, sure-footed film. Oléee! Goal!