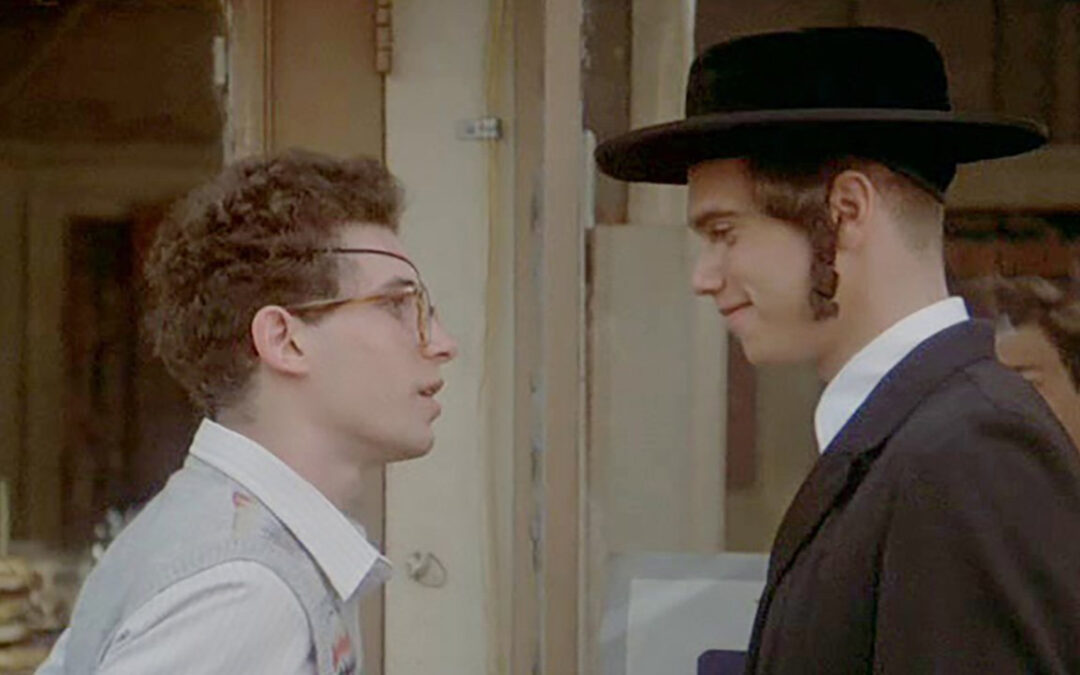 This 1981 classic film based on Chaim Potok’s 1967 novel of the same name The Chosen does an excellent job of distilling the essence of the book into a Hollywood drama. Robbie Benson is admirably restrained here as an ultra-Orthodox Jew, and Barry Miller is equally convincing as his more liberal friend (who narrates the story). Two iconic Oscar winning actors, Maximilian Schell and Rod Steiger, playing the roles of the boys’ fathers’ lead the cast. Director Jeremy Kagan’s presentation of sons and fathers whose loyalties and interests intersect in 1947 in unexpected ways offers us a fascinating glimpse at friendship and filial devotion in 1947 during a very specific cultural era.

Sponsored by: Judy and Isaac Thau

Hosted Reception after the film in the Wosk Auditorium