A hard-nosed Polish Catholic construction worker from Chicago pays a visit to his family’s farm in Poland only to find that his brother is being mysteriously threatened and shunned by local townspeople.

When Thomas Overby mistakenly believes Aya is his assigned driver, she spontaneously decides to go along with the charade and drives him to Jerusalem. A stiff and guarded pianist, Overby is intrigued by the impulsive though melancholy Aya. 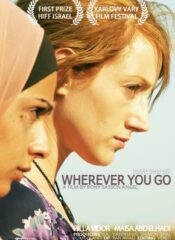 Years after cutting herself off from her Orthodox family, Zohara decides to show up at her younger sister’s wedding. On her way from her to the wedding she meets Neriman, a young Bedouin woman, who’s escaping an arranged wedding forced upon her with her cousin. Zohara finds herself becoming an unintentional accomplice in Neriman’s escape.