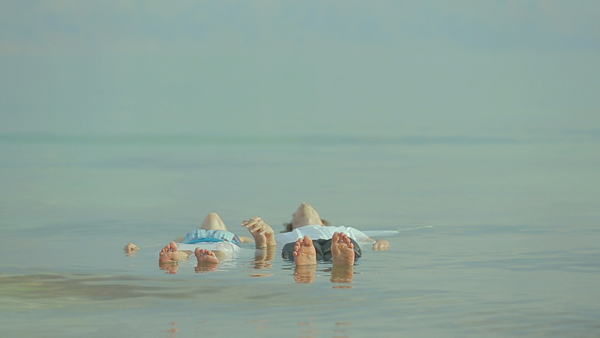 An innocent and honest relationship between a religious Yeshiva scholar and an 18 year old cancer patient, turns into an intimate and passionate love story that transcends the rules of religion, society and faith.Based on the controversial novel by Yehoshua Greenberg, Vice Versa is brilliantly directed by his brother, Amichai, who also wrote the screenplay. The quiet scenes throughout the movie are pregnant with meaning, and the sparse dialogue manages to illuminate the deep emotions stirring beneath the surface. It is a credit to the director that he succeeds in tackling the moral dilemma at the heart of this love story with delicacy and deep respect. This film is ultimately a poem to the holy nature of love.
Followed by Dear God.