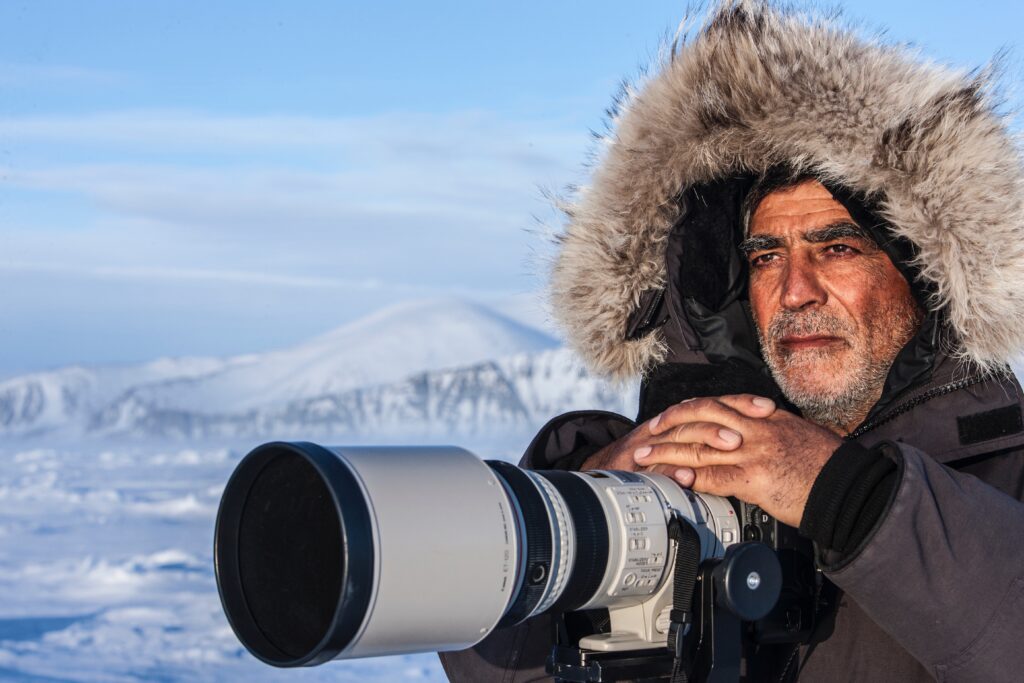 The film is suitable for the whole family, featuring spectacular underwater photography of marine life and filmed in the Canadian Arctic.

After viewing Pictures of His Life watch the recording of the Talk Back Q&A with cast and crew, anytime on YouTube.

The Consulate General of Israel in Toronto & Western Canada will be screening the hour-long documentary Picture of His Life by internationally-acclaimed filmmaker Yonatan Nir. The film follows the journey of world-renowned underwater wildlife photographer Amos Nachoum in his effort to photograph a polar bear up close while swimming with it – an incredibly dangerous and nearly impossible feat – all the while painting a nuanced picture of Nachoum’s complex life and relationships. Nachoum is the only underwater wildlife photographer in the world to attempt (and succeed at) this shoot, with the help of a couple local Inuit.  The film also reminds viewers of the disruptions these polar bears experience in their ecosystems due to environmental changes, and stresses the importance of preserving it.

Picture of His Life will be the fourth and final Yonatan Nir film the Consulate screens for its viewers in this series, and each weeklong screening period ends with an exclusive moderated Q&A webinar with Yonatan Nir.

On April 29, the Consulate will be hosting an exclusive moderated Q&A webinar with Yonatan Nir. Register to receive the Zoom link here: https://bit.ly/3ghPMJY