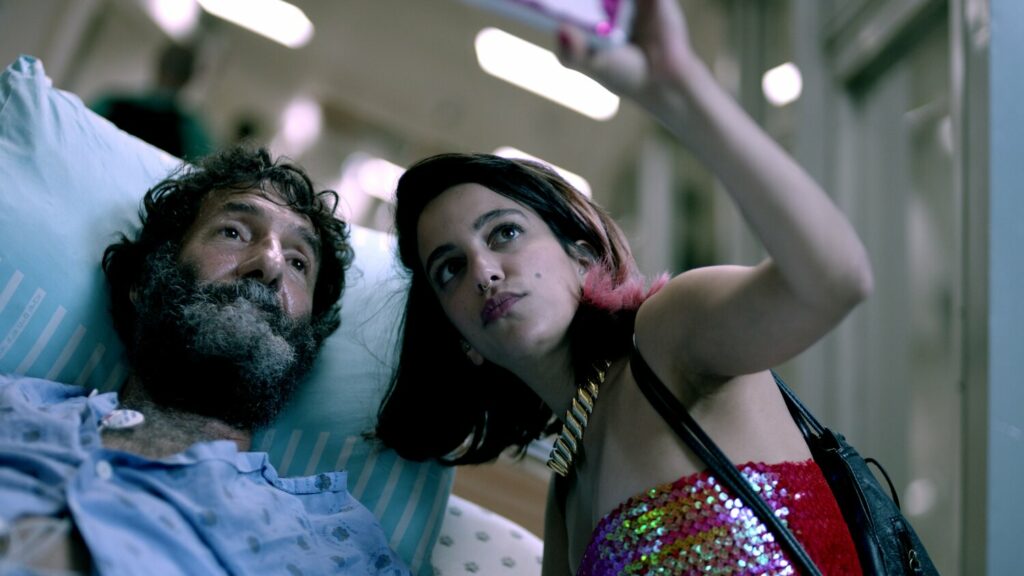 An existential comedy about a neurotic film director whose fear of failure, death and losing control all surface on the night his new film is released. The movie is autobiographical in that Gur Bentwich really did have the experiences of turning out a movie that couldn’t find a good-sized audience and of walking around with a heart attack he wasn’t aware of. Potentially depressing material, but not in this movie…it’s kept sprightly, switching from encounter to encounter and from place to place (including one place that is not of this world). A film within a film, top actors and other movie professionals, including fellow directors, came on board to help earn Peaches and Cream 11 nominations for the Ophir (the Israeli Oscar).

SPONSORED BY:
ZLC Financial with the support of Garry Zlotnik