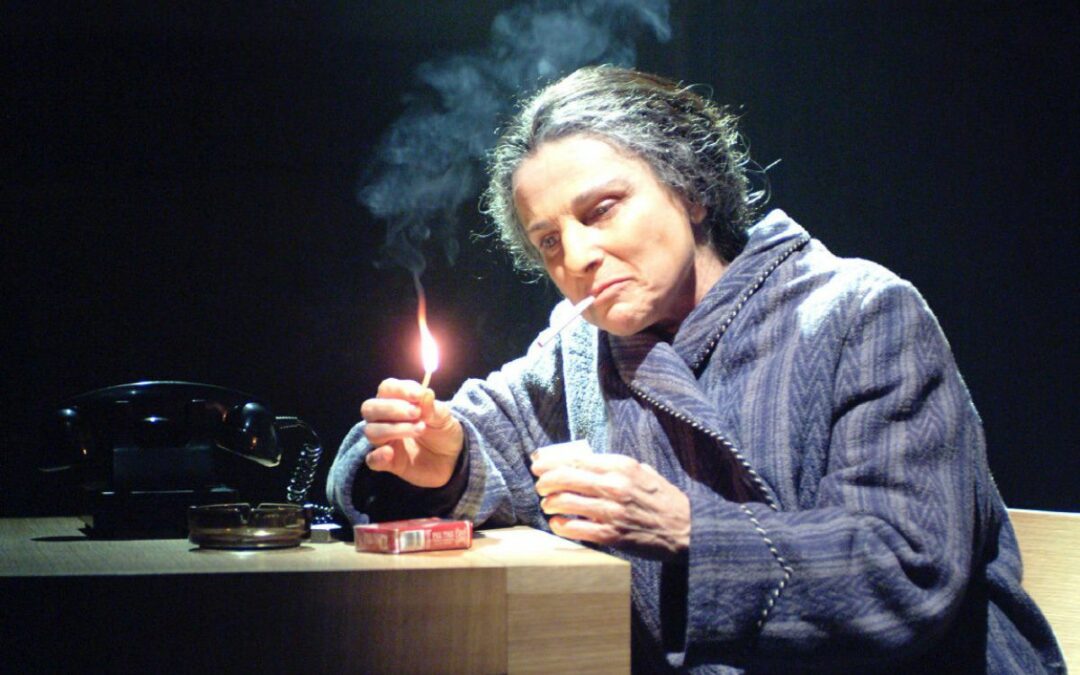 It’s a remarkable performance. Fizzing with energy from rousing pride to anguished guilt to irresistibly funny kvetching, small wonder Feldshuh was nominated for a Tony and won a Drama Desk Award for the role she’s been playing on and off for 15 years. Golda’s Balcony shines; thanks to Feldshuh’s captivating performance, but as well to a lively script from William Gibson that snugly interweaves the white-hot tangle of Middle East politics with engaging domestic details.

Those familiar with Tovah Feldshuh’s stint as the steely yet humane ruler in The Walking Dead should have no problem recognizing her in Golda’s Balcony, even under the prosthetic nose and frazzled wig. Fans of Feldshuh’s comedic work on the cabaret circuit and in the TV show Crazy Ex-Girlfriend will also get a kick out of her wisecracking, brilliantly timed portrayal of Israel’s legendary Prime Minister.