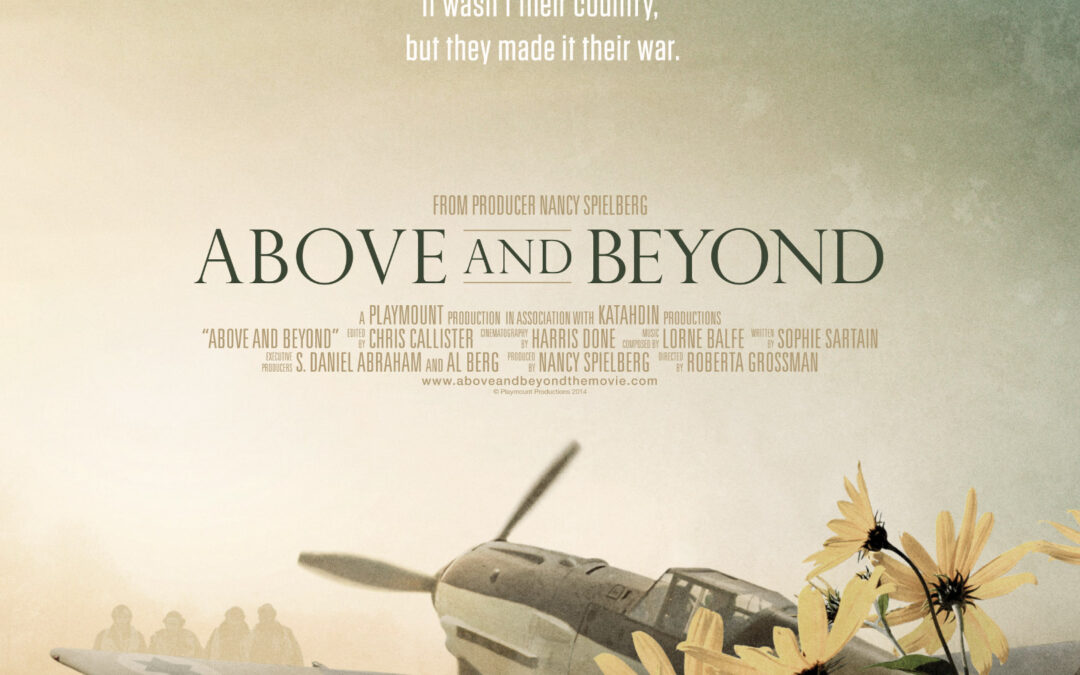 In 1948, a group of World War II pilots volunteered to fight for Israel in the War of Independence. As members of ‘Machal’ – volunteers from abroad – this ragtag band of brothers not only turned the tide of the war, preventing the possible annihilation of Israel at the very moment of its birth; they also laid the groundwork for the Israeli Air Force. Above and Beyond is their story.

The film examines the motivations of these foreign volunteers – Jews and non-Jews, some Zionists, many others not. It also mines the tensions between the Israelis and the Machal soldiers. Would the foreign pilots stay in Israel after the war? Were they Americans first or Jews first?

The first major feature-length documentary about the foreign airmen in the War of Independence, Above and Beyond brings together new interviews with pilots from the ‘48 War, as well as leading scholars and statesmen, including Shimon Peres, to present an extraordinary, little-known tale with reverberations up to the present day. The volunteers of Machal risked their citizenship, their futures and their lives. Above and Beyond finally gives them their due.