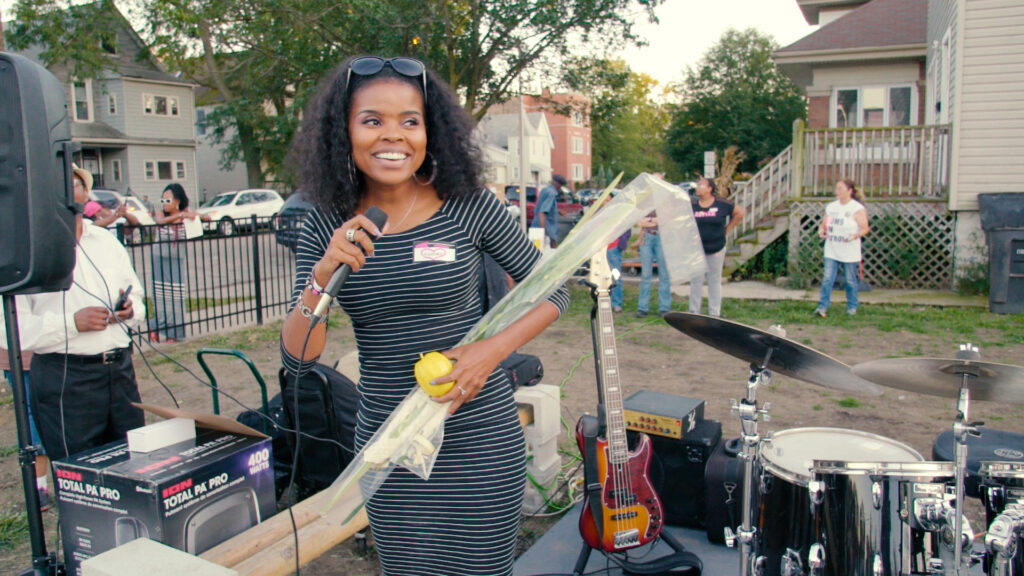 They Ain’t Ready for Me is a feature-length documentary about Tamar Manasseh, an African American rabbinical student who is leading the fight against senseless killings on the south side of Chicago. Every day, Tamar, the vivacious, self-assured and magnetic mother of two, sits on the corner of 75th Street and South Stewart Avenue in the Englewood section of Chicago. In 2015, a young mother was shot and killed trying to break up a fight. For Tamar, this was one senseless killing too many. Tired of waiting for politicians to do something, Tamar took the situation into her own hands. She did something simple yet revolutionary – she sat down on the corner and hasn’t left since.

SPONSORED BY:
Phil and Diane Switzer, Or Shalom