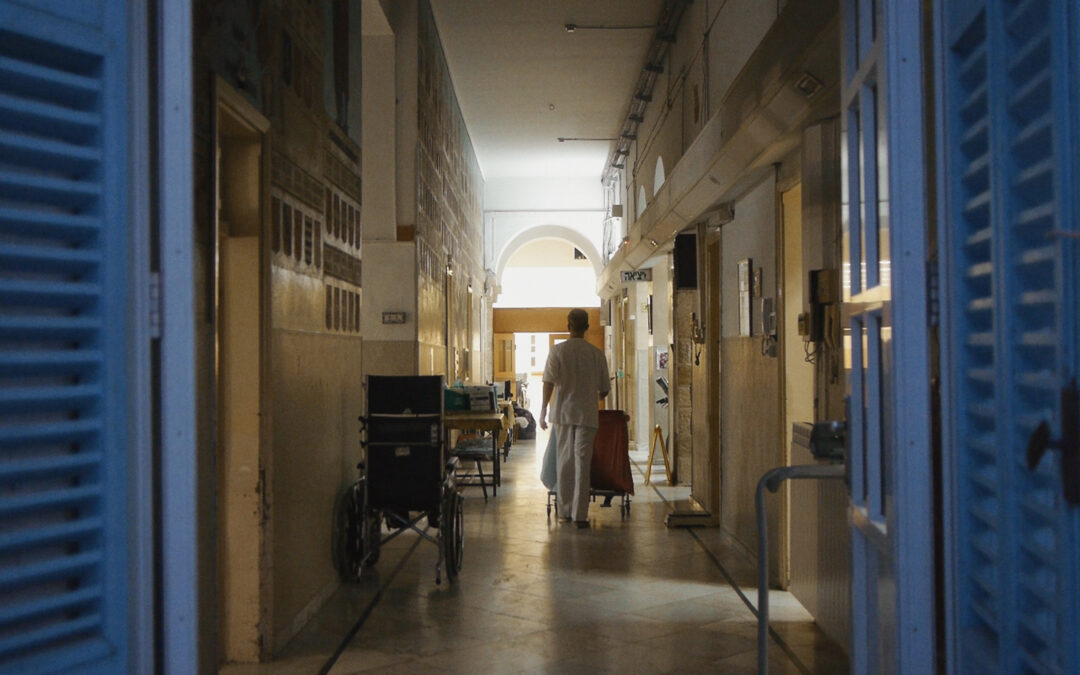 An Island of compassion and grace stands in the center of Jerusalem, on the tense line between east and west, opposite the old city walls.
The St. Louis French Hospital is an historical building painted with blue windows and marked with bullet holes. The Sisters de Saint-Joseph of the Apparition operate the hospital and it functions as a hospice for the terminally ill, welcoming all who come, East or West. The walls of the hospital are decorated with drawings and mosaics dating from the 19th century, resembling the vast and complex human diversity of those who populate the hospital and the city of Jerusalem.