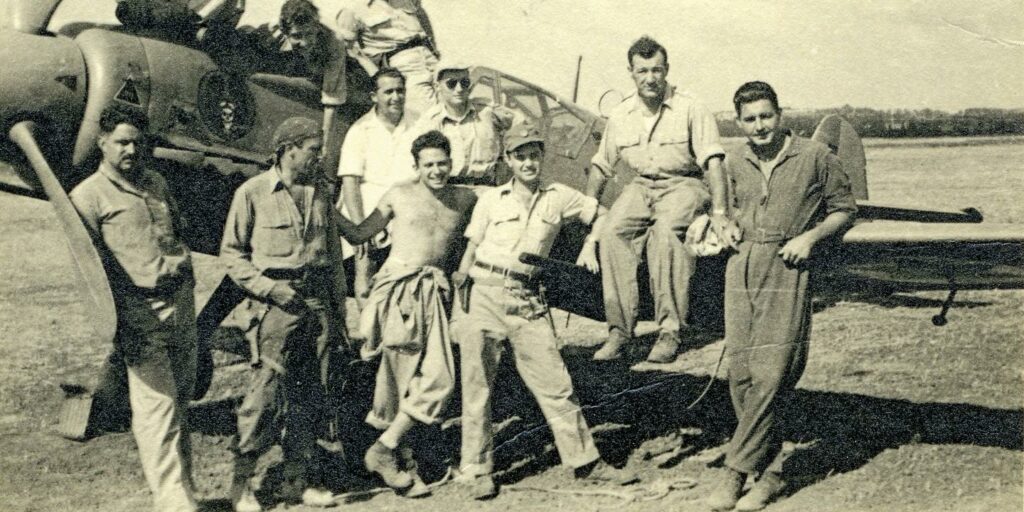 The first major feature-length documentary about the foreign airmen in the ’48 War, ABOVE AND BEYOND brings together new interviews with the pilots, as well as stunning aerial footage, to present a fascinating, little-known tale filled with heart, heroism and high-flying chutzpah. The film follows the pilots on their circuitous route from the United States – where they met and trained in secret and struggled to stay two steps ahead of the FBI – to Panama, Italy and Czechoslovakia, where they flew versions of the very Nazi planes they had tried to shoot down in World War II.

Doors open at 12:30pm
Free Underground Parking at the rear of the building.

NB. Ash street is closed to traffic off of 49th Ave. Must approach from 45th Ave to access the parking.
There is NO STREET PARKING on Ash Street at this time.